I grew up in an area where fighting and having gangs around happened daily. I was ready to jump on the defensive and into someone’s face if I felt disrespected or intimidated. If someone swung at me, I wouldn’t sit there and allow myself to get hit. How could it be my fault if I’m just defending myself? That’s how I justified it and I was very reactive.

I was addicted to the drama drug. On guard constantly and waiting for the next disagreement. I could blame my environment because constant conflicts appeared but I chose to participate.

When I was in middle school, a friend of mine and I were hanging out in the school’s field during lunch time. Four other girls approached us and began verbally attacking and trying to bully my friend. She was not like me at all – she couldn’t and didn’t want to fight. I jumped up in her defense and wanted to fight all four of them.

One of the girls asked me, “You want to fight all four of us? By yourself?”

I said, “Yep, let’s go!” I was in complete rage and figured – they may win but I will hurt them on my way down.

They called me crazy, walked away, and never bothered us again.

I didn’t know about manifesting then, but I manifested drama. It was fear-based anger. I feared if I didn’t stick up for myself and fight then I would get bullied. I also had a very difficult home life which triggered these outbursts. My step-father was extremely abusive and our home felt like a constant war zone. It was a place that I felt powerless and could not defend myself, otherwise I paid a hefty price. It all bled into my school life. I justified it for awhile because some of the contributors weren’t mine to own but when facing the truth – my response is my responsibility.

Drama becomes like a drug. We expect it and look for it all the time, even get a twisted high off of it.

Emotional pain that is ignored will infect other areas of our life. With circumstances and other people – we lash out towards others when we feel wronged. Once one is over, we look for the next high. I didn’t like feeling that way but yet I kept feeding off of it like a drug.

I carried that behavior for years, I called her “Ghetto Janelle”. I wouldn’t control my words and head would start moving defensively. I felt that served me since I didn’t get bothered very much and some of my friends behaved the same way. We were very close, loyal, and protective of one another – like a family. I almost joined a gang, choosing to get “jumped in” which is where several members beat you up as an initiation. Makes good sense right? Not! I was creating the feeling of a family that I didn’t have at home but at what cost? I hesitated and put it off because deep down I knew it wasn’t the answer.

My external environment had conflict, I brought that conflict inward, and then reflected it with my behavior. I constantly battled my flight or fight attitude against my desire to have peace and harmony.

The drama drug isn’t just about physical fighting, it’s constant drama and being reactive to it.

-Constant conflicts with other people and always looking for the next falling out.

-Drama in circumstances and consistently looking for the next problem.

-Irrational reactions to other people or circumstances.

-Constantly dragging other people into issues for attention.

-Jumping to extreme conclusions without valid proof or facts.

We tend to point the finger towards the other person but the real issue that we can control – is within. Conflicts with others that triggers an emotional response because the other person is showing us something about ourselves that we don’t like. To correct that is to investigate where the deep rooted issue comes from, pull it out from the roots, and work through that pain. Until then, it will continue to spread into other areas of our lives.

I am not addicted to the drama drug anymore and utilize positive resolutions. I feel so far away from “Ghetto Janelle” now. I don’t dislike her – I learned some very valuable lessons from her drama addiction. As I embrace peace and harmony, that is what I receive. I learned to focus on getting along with others authentically. I love people and I feel love in return.

Self-love and acceptance can create some incredible healing and growth. Life brings change and challenges but we don’t need to be attached to a drama-filled experience. You can have peace in your life, heart, and spirit – even with obstacles.

This is on my wall and I view it every day.

Positive affirmations are excellent tools to clear out the negative clutter in your mind. Surround yourself with beauty and inspiring things that promote your happiness.

Other tools you can utilize are:

Just like most things – it takes practice and consistency. Your happiness and inner peace are worth it. You are worth it! Do you have more suggestions? Please share them. 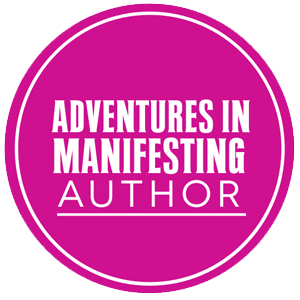