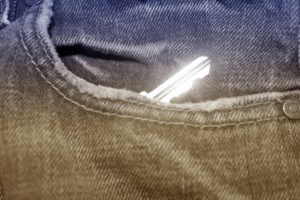 While visiting with some friends, they were reminiscing about some people they went to school with. I had just met Dave and when a particular name was brought up, he got really angry. “When I see him again I’m going to beat the s*&t out of him. He’s the reason I got in the service so I could learn how to kill a man and defend myself!” I looked at him like “Oh my goodness!”

Dave said to me, “I really am a nice guy, one of the nicest you’ll meet. It’s just that, every day this kid would torment me. I hated going to school because of him.” He continued to explain the circumstances and pain that he went through. I gave him my full attention and just listened. I could see that those memories brought up a lot of pain and reminded him of the suffering.

Bullying someone is cruel and I don’t agree with it but I resisted agreeing with Dave’s anger because it was more important for him to recognize it.

After he was finished, I replied empathetically, “That must’ve been really difficult but it was like 20 years ago. You’re still carrying that which means you’re still giving him that power. What he did to you is his Karma and it is not yours to own. You have to let it go and heal from that, otherwise you’re only hurting yourself.”

Dave’s face softened, “That’s true, I never thought about it that way before.”

I wanted to share this because I feel that a lot of us hold onto pain from someone who hurt us. We carry our anguish around disguised with anger and justification. Dave never got an apology but that is not a requirement to forgive. I used to believe that a sincere apology was required in order for forgiveness to begin.

Waiting for an apology before you can forgive is like waiting for the person to open the lock when the key is in your own pocket.

Even if the person apologizes – the decision to forgive is still up to you. Forgiving isn’t agreeing with their behavior but maybe a better understanding towards others. Knowing how that offense feels and that you don’t want to repeat the same behavior. Release it -set yourself free from chains that hold your spirit down. Don’t continue to carry that pain for them any longer because it isn’t about them anymore – it’s about you. What you need to do to forgive to allow your healing to begin.

Love, light, and blessings to you,